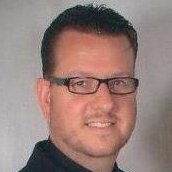 Fr. Michael and his wife Presvytera Jesica, both originally from upstate New York, currently reside in Ohio with their two children Alexander and Sophia.

Fr. Michael is a graduate of the State University of New York, College at Brockport where he completed his undergraduate work, graduating with a Bachelor of Science Degree in Communications Studies, with an emphasis on Interpersonal and Organizational Communication. Three years later he attended Christ the Saviour Seminary in Johnstown, PA where he completed his theological studies and was ordained to the Holy Priesthood in 2004. Upon ordination he was assigned as the Director/Administrator of Camp Nazareth Retreat and Conference Center, where he remained for five years. During his tenure there, he was also appointed to the Diocesan Apostolate for Youth Ministry as well as served as the Chaplain of the Westminster College OCF Chapter.

Upon the conclusion of his pastoral duties at Camp Nazareth, Fr. Michael accepted the invitation of His Eminence Metropolitan Maximos of Pittsburgh to begin serving as Pastor of Sts. Constantine and Helen Greek Orthodox Church in Mansfield, OH where he continues to serve. After transfer to his new assignment, Fr. Michael resumed his work with OCF after being appointed in February 2010 to the position of the Great Lakes Regional Chaplain of OCF. In August of 2012, he was appointed as the North American Chaplain of OCF. In 2013, Fr. Michael also began his training and completed his certification as an IOCC (International Orthodox Christian Charities) Disaster Chaplaincy Frontliner. He received his formal crisis counselor training in order to support both people facing trauma and the first responders and emergency workers serving them. He has since been deployed to disasters ranging from Texas, Florida, North Carolina and Iowa.  Fr. Michael has served various ministries within both the Metropolis of Pittsburgh as well as the Greek Orthodox Archdiocese's Archdiocesan Presbyters Council, where he currently serves as the Executive Committee Secretary.